"Cold, Clear, and Deadly" is both a mystery and the story of the evolution of its author: from a chemical and bioprocess scientist to the vice president in charge of a major company's corporate environmental division; to engaging in international research and travel to discover the source of persistent organic pollutants (POPs) in cold northern waters ranging from the Great Lakes to the Arctic.
POPs PCBs and chlorinated pesticides such as DDT, toxaphene, and chlordane that came into use following World War II were used in a wide range of seemingly benign scientific enhancements of modern life, from increasing crop yields to preventing fires. Initially, they were used in the West with abandon. However, pesticide POPs and industrial PCBs (polychlorinated biphenyls) were banned when they were found to cause cancer in humans and to devastate wildlife near their areas of application. Yet, to this day they remain in the environment at dangerous levels. The question of why that is has occupied Visser for more than a decade.
The attempts of Visser and other international environmental scientists to understand POP contamination in the far north, where the POP content of whale blubber would classify it as hazardous waste, leads to unraveling the mystery of continuing contamination of the Great Lakes. Scientists discovered that the POPs ban was not global and that POPs evaporating from agricultural and industrial uses in developing countries were circling the globe and traveling north. Air sweeping North America and Europe is contaminated with more than 100 million POPs molecules per adult human breath, a toxic blanket that keeps our waters dangerous to man and wildlife. This devastating toxicity and the fact that our current efforts to clean up POPs residues in developed countries "Thinking Globally and Acting Locally" will not solve the problem makes "Cold, Clear and Deadly" a must-read for anyone concerned about the silent but deadly persistence of toxic chemicals in our food and water." 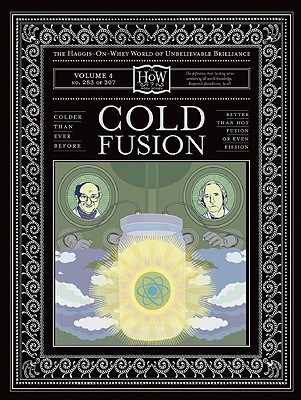 By: Haggis-On-Whey, Dr. And Mrs. Doris