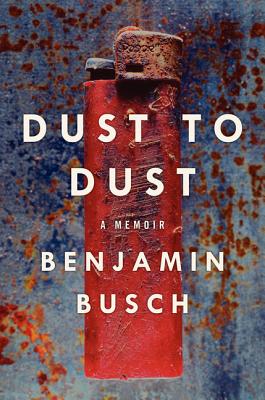 New York: Harper Collins, 2012. Advance Reading Copy. Fine. Advance galley, in wraps, signed by Benjamin busch on the title page. An extraordinary memoir about ordinary things: life and death, war and peace, the explorations of childhood and revelations of adulthood by Busch--a U.S. Marine who served two combat tours in Iraq, an actor on "The Wire," and son of celebrated novelist Frederick Busch.

Dust to Dust is an extraordinary memoir about ordinary things: life and death, peace and war, the adventures of childhood and the revelations of adulthood. Benjamin Busch--a decorated U.S. Marine Corps infantry officer who served two combat tours in Iraq, an actor on The Wire, and the son of celebrated novelist Frederick Busch--has crafted a lasting book to stand with the finest work of Tim O'Brien or Annie Dillard.

In elemental-themed chapters--water, metal, bone, blood--Busch weaves together a vivid record of a pastoral childhood in rural New York; Marine training in North Carolina, Ukraine, and California; and deployment during the worst of the war in Iraq, as seen firsthand. But this is much more than a war memoir. Busch writes with great poignancy about the resonance of a boyhood spent exploring rivers and woods, building forts, and testing the limits of safety. Most of all, he brings enormous emotional power to his reflections on mortality: in a helicopter going down; wounded by shrapnel in Ramadi; dealing with the sudden death of friends in combat and of parents back home.

Dust to Dust is an unforgettable meditation on life and loss, and how the curious children we were remain alive in us all.

The Autobiography of Benjamin Franklin