Jewish Images In the Comics

Jewish Images in the Comics showcases more than 150 comic strips, comic books and graphic novels from all over the world, stretching over the last five centuries and featuring Jewish characters and Jewish themes.

The book is divided into chapters on Anti-Semitism, the Old Testament, the Holocaust, Israel, the Golem and much more, featuring everything from well-known comics like Art Spiegelman's Maus and the work of Will Eisner to much more obscure (and in some cases far less savory) but no less culturally and historically interesting examples of how Jewish culture has been depicted in comics.

As with Str mberg's previous two books for Fantagraphics, each strip, comic, or graphic novel is spotlighted via a short but informative 200-word essay and a representative illustration. The book is augmented by a context-setting introduction as well as an extensive source list and bibliography.

Title: Jewish Images In the Comics 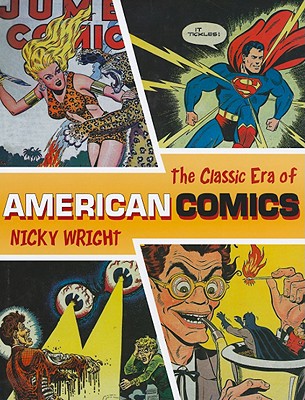 Knish: In Search of the Jewish Soul Food ( HBI Series on Jewish Women

Judaism at the World's Parliment of Religions

100 Years of Oz : A Century of Classic Images from the Wizard of Oz

A Partner in Holiness, Volume 1: Deepening Mindfulness, Practicing Compassion and Enriching Our Lives Through the Wisdom of R. Levi Yitzhak of Berdiche

Jewish Images In the Comics