Mindful Work: How Meditation Is Changing Business From the Inside Out

New York: Houghton Mifflin Harcourt, 2015. First printing. New/new. An investigation of the growing trend among major companies, including Fortune 100 giants, to promote mindful activities like meditation and yoga in the workplace, and its often surprising effects on productivity, strategy, and employees' mental health.

A New York Times reporter reveals what business leaders around the country are already discovering: Meditation may be the key to fostering a happier, more productive workplace.

For the past few years, mindfulness has begun to transform the American workplace. Many of our largest companies, such as General Mills, Ford, Target, and Google, have built extensive programs to foster mindful practices among their workers. Mindful Work is the first book to explain how all sorts of businesses and any kind of worker can benefit from meditation, yoga, and other mindful techniques. As a business reporter for the New York Times who has also practiced meditation for two decades, David Gelles is uniquely qualified to chart the growing nexus between these two realms. As he proves, mindfulness lowers stress, increases mental focus, and alleviates depression among workers. He also offers real-world examples of how mindfulness has benefited companies that have adopted it -- from the millions of dollars Aetna has saved in health-care costs to the ways Patagonia has combined leadership in its market with a pervasively mindful outlook.

Gelles's revelatory book picks up where bestsellers like Thrive and 10% Happier leave off, by detailing how mindfulness works in and for the companies that adopt it, revealing the profound impact mindfulness can have on the world of work. Mindful Work goes beyond other books on the subject by providing evidence for the practical benefits of mindfulness and showing readers how to become more mindful themselves.

Title: Mindful Work: How Meditation Is Changing Business From the Inside Out 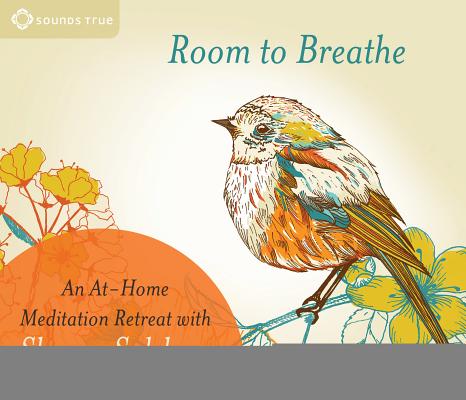 Room to Breathe: An At-Home Meditation Retreat with Sharon Salzberg

The Things You Can See Only When You Slow Down: How to Be Calm and Mindful in a Fast-Paced World

The Things You Can See Only When You Slow Down: How to Be Calm and Mindful in a Fast-Paced World

Meditation: Practicing Presence in Every Moment of Your Life

Wherever You Go there You Are: Mindfulness Meditation in Everyday Life

Mindful Work: How Meditation Is Changing Business From the Inside Out