Dogs in English Porcelain of the 19th Century

Easthampton, Massachusetts, U.S.A.: Antique Collectors Club Ltd, 2003. New/New. Over 200 full color photographs. Organized by type of dog and factory of origin and also by history and output of the factories. Indexed, 185 pages.

This work is directed exclusively to dogs in porcelain produced in England during the 19th century. It identifies the individual breeds represented in this medium, which include greyhounds (both English and Italian), pugs, poodles (both as game animals and as pets), spaniels (particularly the King Charles variety), setters, pointers, dalmatians, great danes, mastiffs, salukis, terriers, wolf dogs, Pekingese and dachshunds. Most of the major porcelain factories of the period produced dogs, including Rockingham Derby (at King Street as well as Nottingham Road), Chamberlain Worcester, Grainger Lee Worcester, Royal Worcester, Minton, Copeland & Garrett (and its successor Copeland), Davenport, Samuel Alcock, Charles Bourne, Lloyd Shelton, Madeley and Dudson, but some examples came from unidentified factories of which little is known except that they were located somewhere in Staffordshire.

Title: Dogs in English Porcelain of the 19th Century 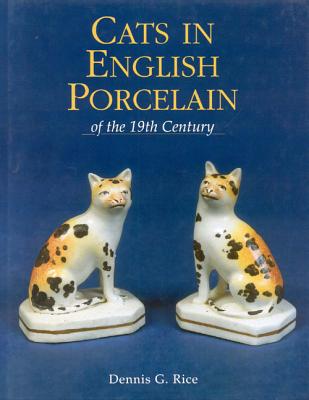 Cats in English Porcelain of the 19th Century

By: Lechler, Doris A.